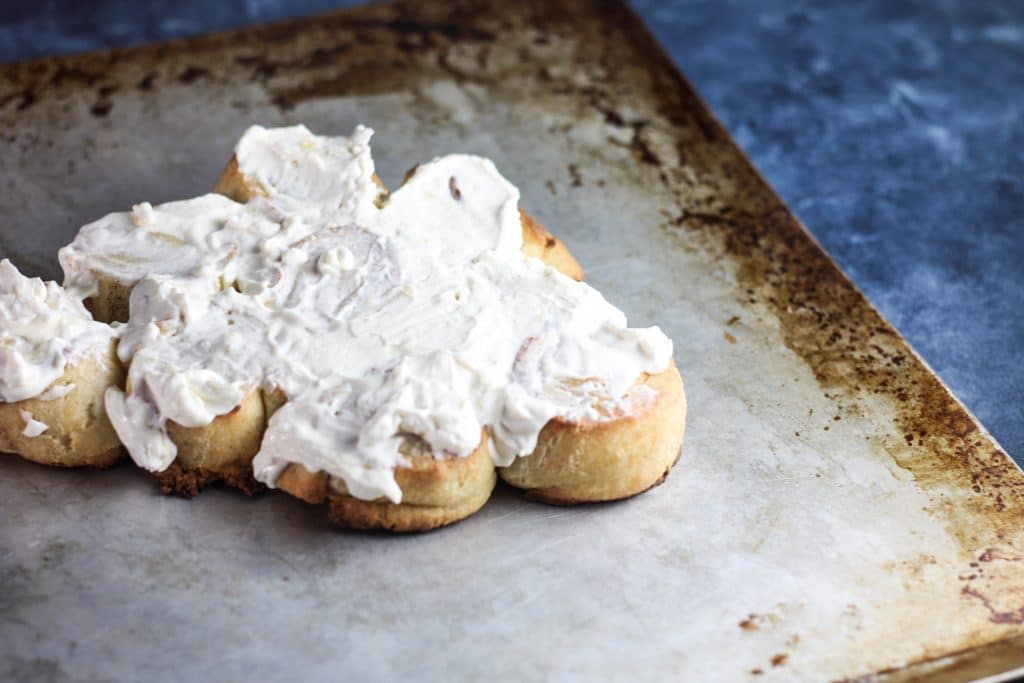 This was mostly to keep my brother and I fighting over who got the best ones in the middle and who had to eat the crunchier ones on the edges.

But mostly it just reminds me of good times with my Mom and my brother, sitting at the kitchen countertop eating breakfast.

I don’t eat as many cinnamon rolls these days, either because I’m too nostalgic for those moments with my Mom or because I’ve become a little more conscious of indulging in sweets first thing in the morning.

But as I’ve been doing lately, I thought the challenge of creating a low carb version of Cinnamon Rolls sounded fun so that’s how these came to be.

They’re not overly sweet like the ones I used to have but for me these are a little easier to eat and feel good afterwards. If you want them to be a little sweeter, add more stevia.

Here’s to slow mornings with our Mom’s, or with your kids if you have any, and enjoying the little moments. 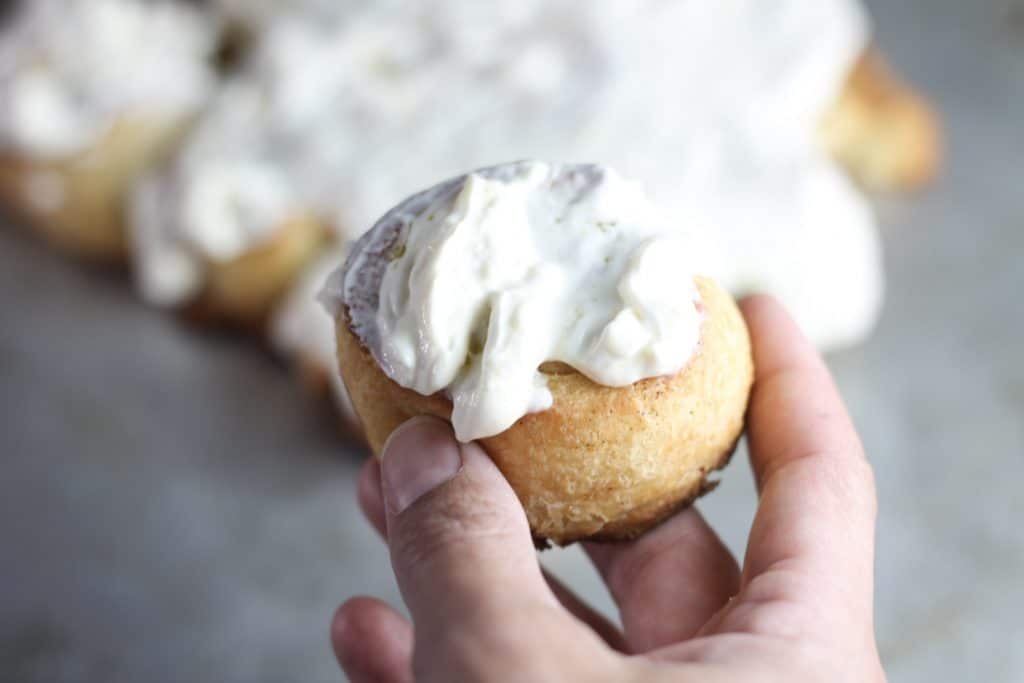 If you want these to be sweeter, add some more stevia.

Use almond flour instead of almond meal. If you use almond meal, these will turn out more grainy.

You can definitely add some more seasonings to this if desired. Some good things would be more vanilla or even vanilla bean, orange zest or lemon zest.

Tools Used in This Recipe: