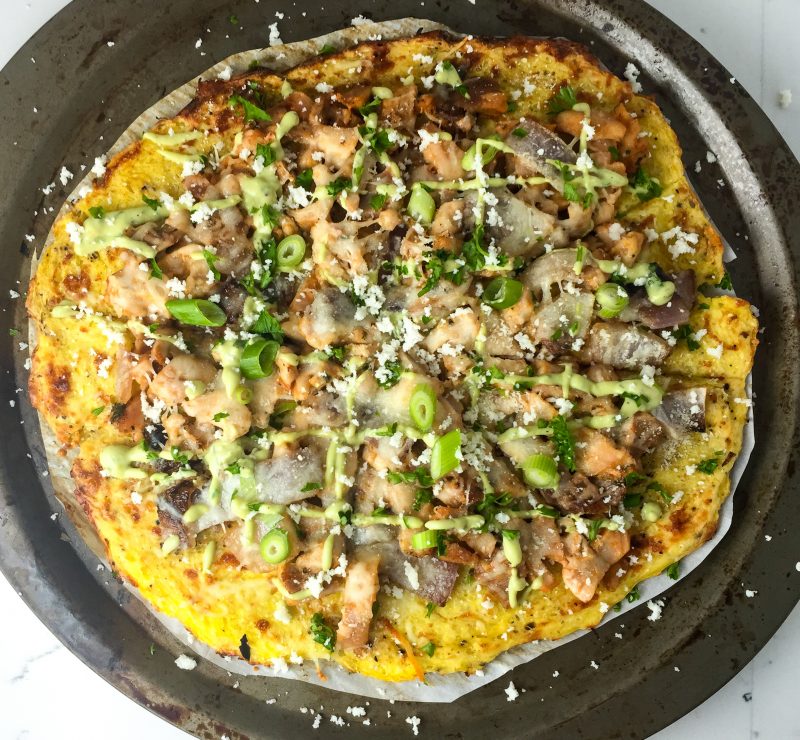 If I’ve said it once, I’ve said it a million times. I’m all about trying new things in the kitchen. I was really quick to hop on the bandwagon of if-you-can-dream-it-cauliflower-can-achieve-it making pizza crust, tortillas, breadsticks, rice, etc. So I’ve got a pretty open mind when it comes to using tortillas to re-make old favorites. Especially when it comes to pizza crust.

I decided to mix it up a little and make one with a spaghetti squash instead and truth be told I like this one more than the cauliflower crust. It seems a lot more substantial than the cauliflower plus you don’t necessarily need to add cheese as a binder though of course you absolutely could (and should) because cheese is delicious and enhances the flavor of almost everything. 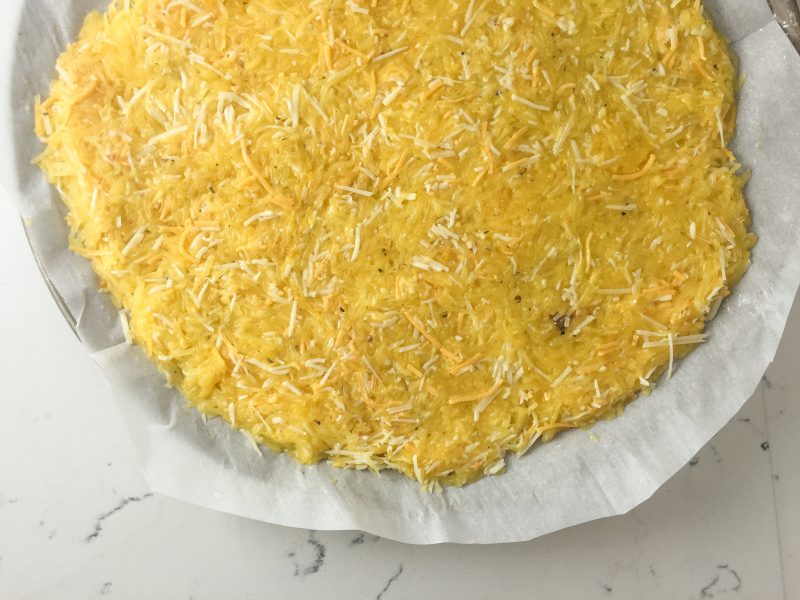 I really want to always try my best to make eating healthier and finding better alternatives easier for people. I know so many people who think eating healthy has to be about eating boring baked chicken breast and steamed veggies but it doesn’t have to be, it can be full of flavor and delicious, if you’re willing to use a little creativity.

So here you go. I love experimenting and here I present to you one of those experiments: Spaghetti Squash Pizza Crust. 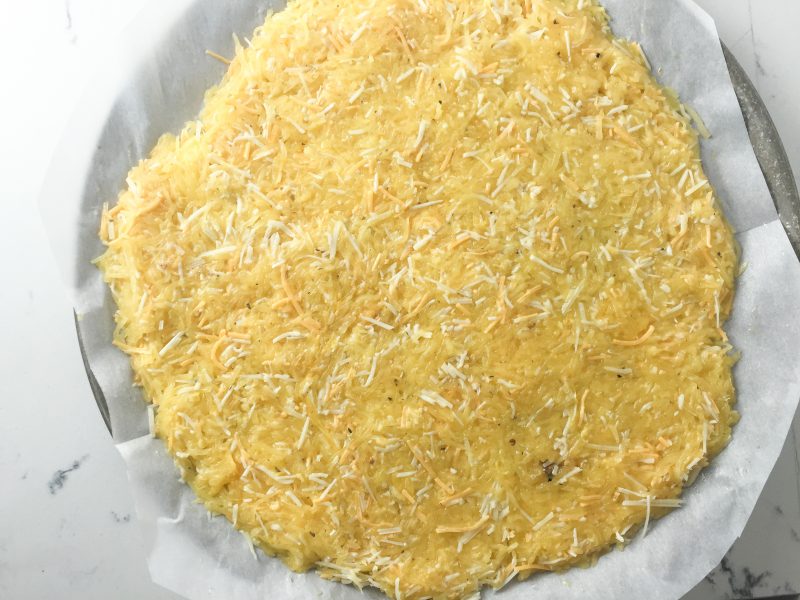 This will not taste like a traditional pizza. I mean, the crust is made out of spaghetti squash. Don’t expect it to be some magical crust that will transport you to your favorite pizzeria. DO expect it to be a flavorful pie shaped flavor bomb in your mouth that you can feel good about because you’re eating less calories and more veggies without sacrificing flavor.

If you’d like to make this paleo, omit the cheese.

Did you make this recipe?

I love seeing your pictures!